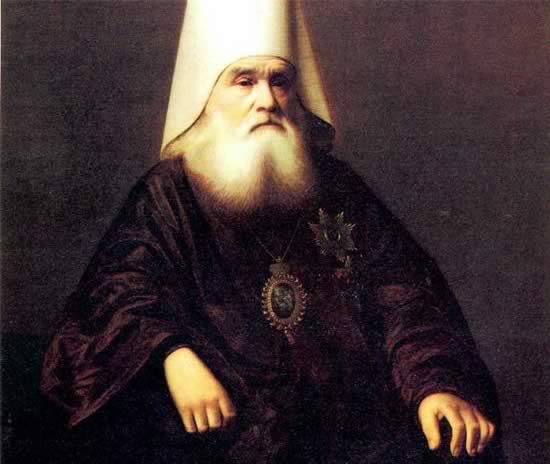 On October 18, 1867, the Russian Empire formally ceded Alaska to the United States. The next month, St. Innocent was elected Metropolitan of Moscow. Shortly after this, Innocent sent the following letter to the Ober-Procurator (the Emperor's representative) of the Holy Synod.

Rumor reaching me from Moscow purports that I wrote to someone of my great unhappiness about the sale of our colonies to the Americans. This is utterly false. To the contrary, I see in this event one of the ways of Providence whereby Orthodoxy will penetrate the United States (where even now people have begun to pay serious attention to it). Were I to be asked about this, I would reply: